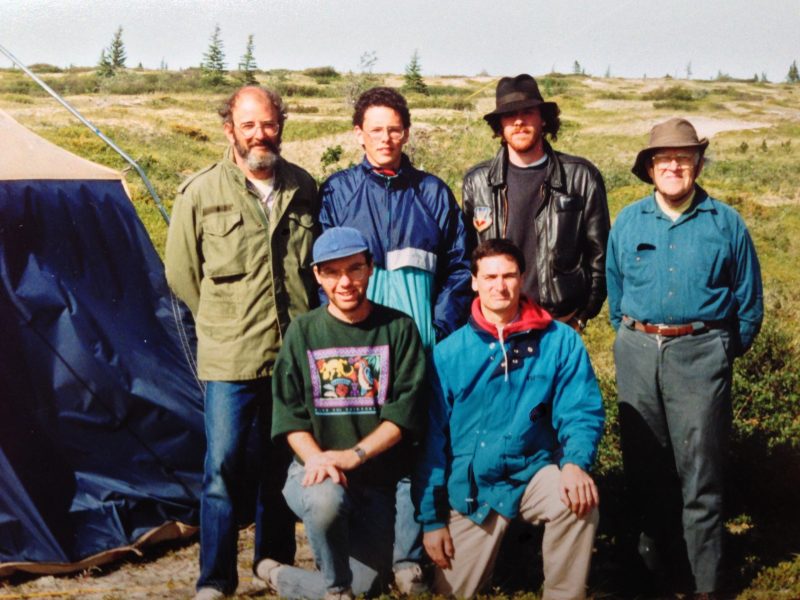 Cleaning the basement is a never-ending job, but today I uncovered a couple newspaper clippings about WIARC’s VE8CWI DxPedition to Charlton Island, then part of the NWT, that I though might be of interest to today’s members.

The first dusty article that I found, from the September 3rd, 1992 edition of the Gazette, profiled Hank Rugg VE2HN (SK), a long-time and active WIARC member, and a true gentleman. He braved this rough expedition as cheerfully as the rest of us (if not more so), despite being well into his 70s. Days on end of travel, fog delays, questionably airworthy float-planes, rain and tent-destroying wind storms, incessant insects, moldy bread sandwiches, and a borrowed brand-new linear amp that burst into flames.  No problem: “VE8CWI, QRZ?” 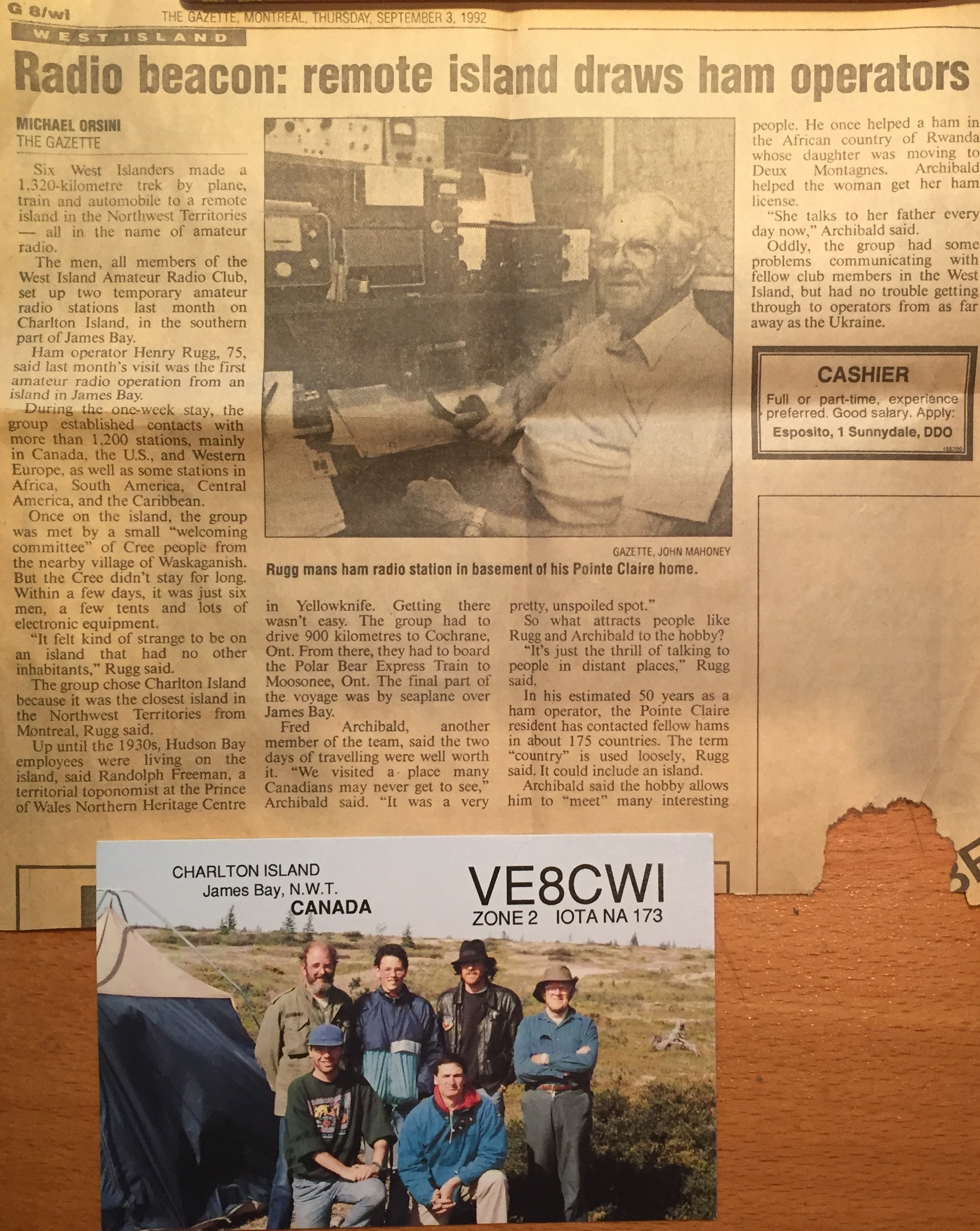 Then, next to the first clipping was another (undated) about the same WIARC expedition: 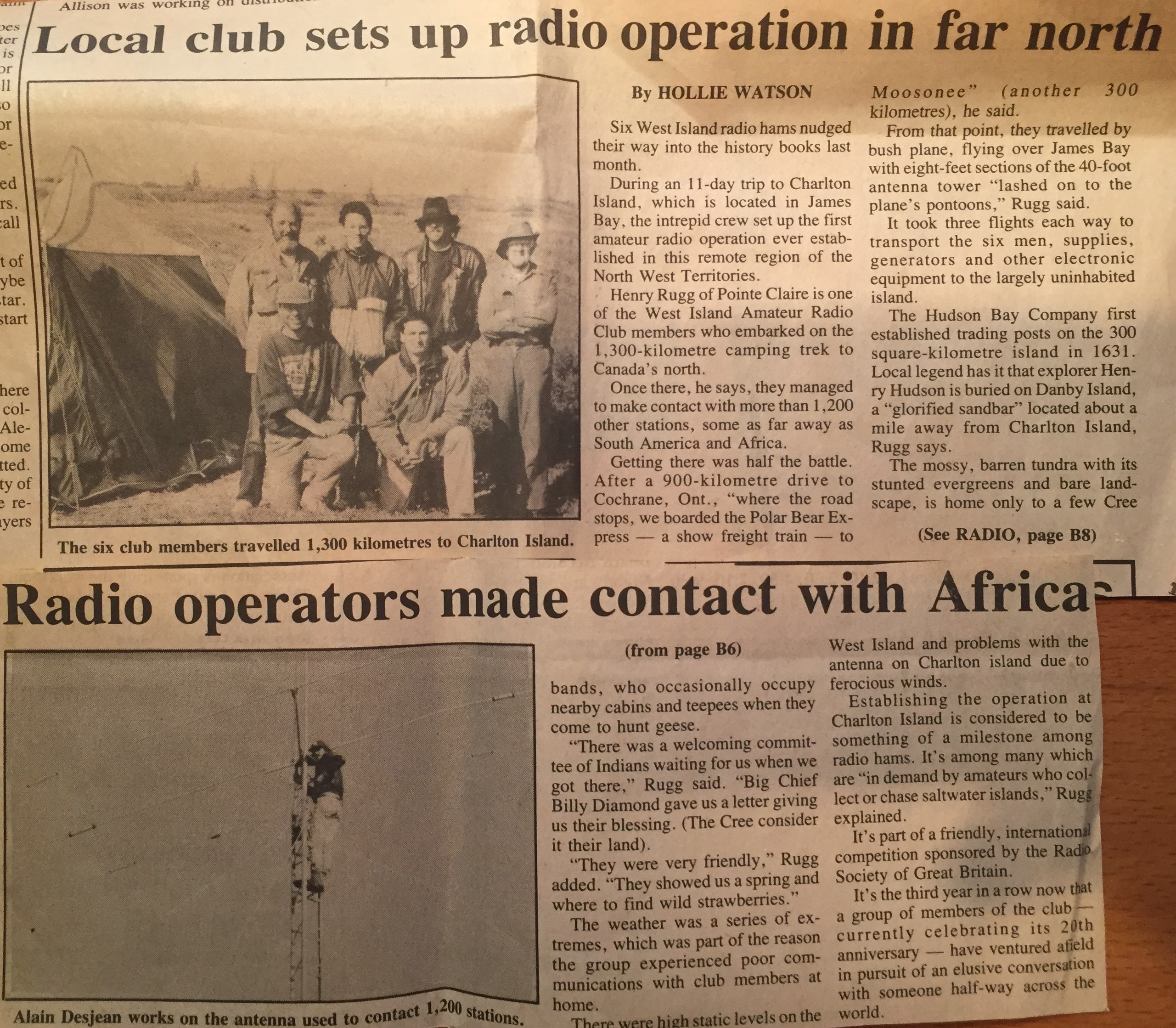 I also found articles about other WIARC DxPeditions, so I’ll probably post those another time.